What is a Substorm?

A Substorm is a Storm within a Storm, letting you organize the Sticky Notes of an Index Card within their own template.

Note: This feature is only available to our Business and Enterprise subscribers.

Substorms allow you to visually organize all the ideas inside of an Index Card. Substorms allow for deeper organization and discussion around ideas within a broader topic. 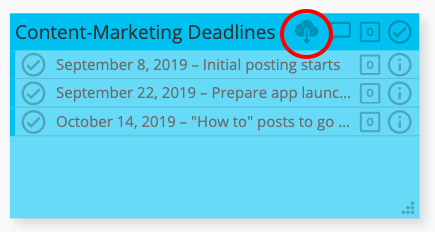 Basically a Storm within a Storm. The Substorms have the same features as the main Storm, so the Storm Administrator can create a new template in a Substorm. The image below shows the inside view of the substorm example above:

There is no limit to the number of Substorms that you can include in your Storms.

You can also have a Substorms within Substorms! There can be various levels of Substorms, all working independently as a single Storm.

All the information of the Substorms will be included in the Reports as well.